Destination
About OriginGet the app
The Mysteries of Easter Island

One of the most remote destinations in the world, Easter Island is finally re-opening to tourists after being closed for two years.

Rapa Nui, known to many as Easter Island, is as remote as it gets. The next island in the Pacific is nearly 1,200 miles away, while the nearest continent is over 2,100 miles away in Chile. If that feels inaccessible, it's also been closed to tourists since the beginning of the pandemic, although that's going to change on August 1, 2022, when the borders re-open.

But even more so than its extreme isolation, it’s the island’s huge stone heads that really capture the imagination. Known as moai, these statues are sacred to the Indigenous residents and believed to emit energy called mana. Their mysterious allure is on par with Stonehenge or the pyramids of Egypt. 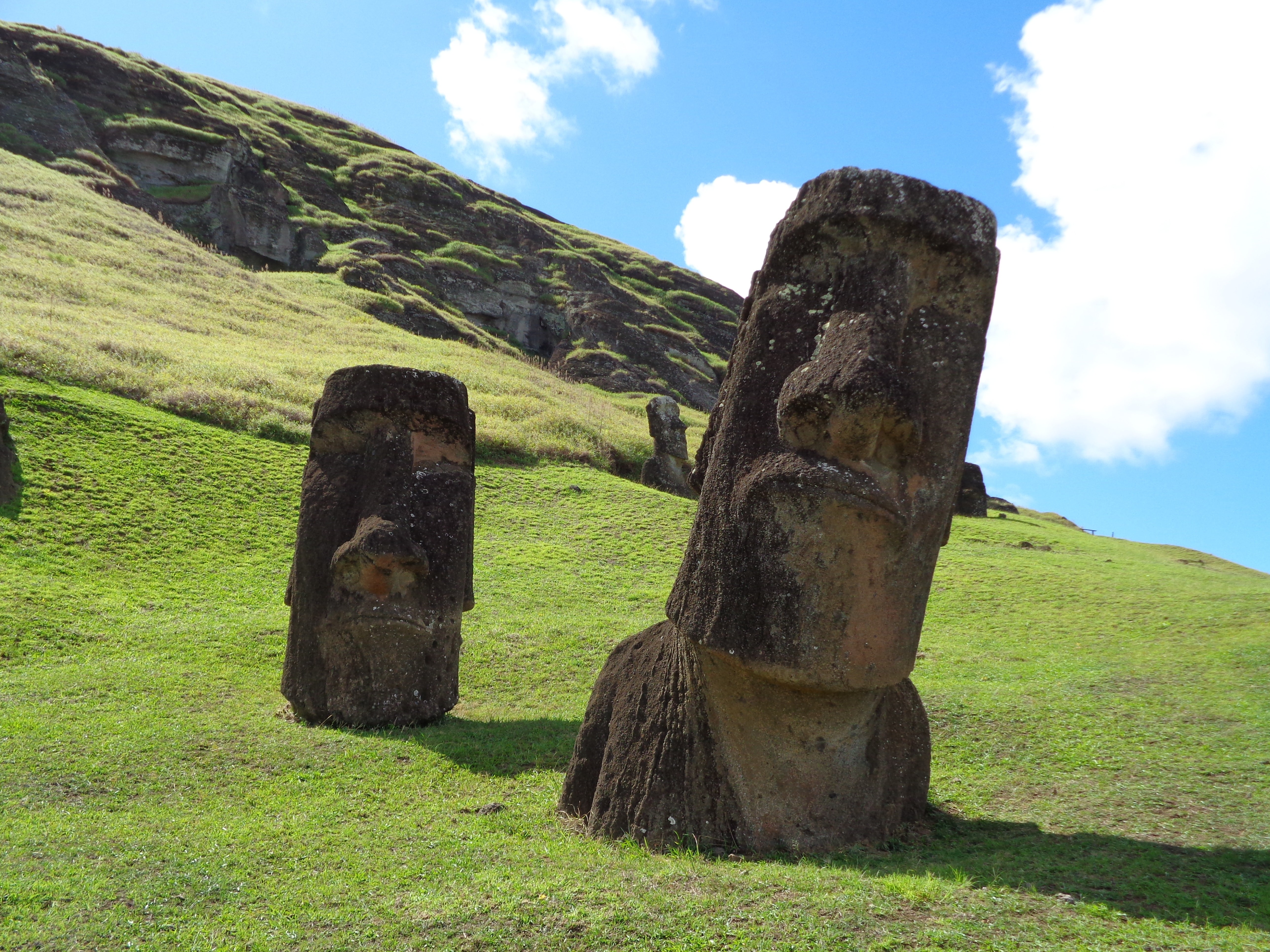 Standing proud in groups along the shore, the moai face the island’s interior like spectators around a field. How these giants—with an average weight of two elephants—were moved around the island from a central quarry remains the subject of wild speculation, with theories ranging from log carts to extraterrestrial assistance.

How the moai were transported isn’t the only unanswered question that anthropologists have. What exactly happened to the unique species of giant palms that once covered the entire island and then suddenly disappeared 500 years ago? How did the Polynesians that settled the island manage to find it at all, crossing an expanse of ocean the size of the former Soviet Union in little canoes? Their knowledge of the stars, the currents, creatures, and weather conditions must have been as deep as the ocean itself, but whatever it was, it is now lost to the ages. 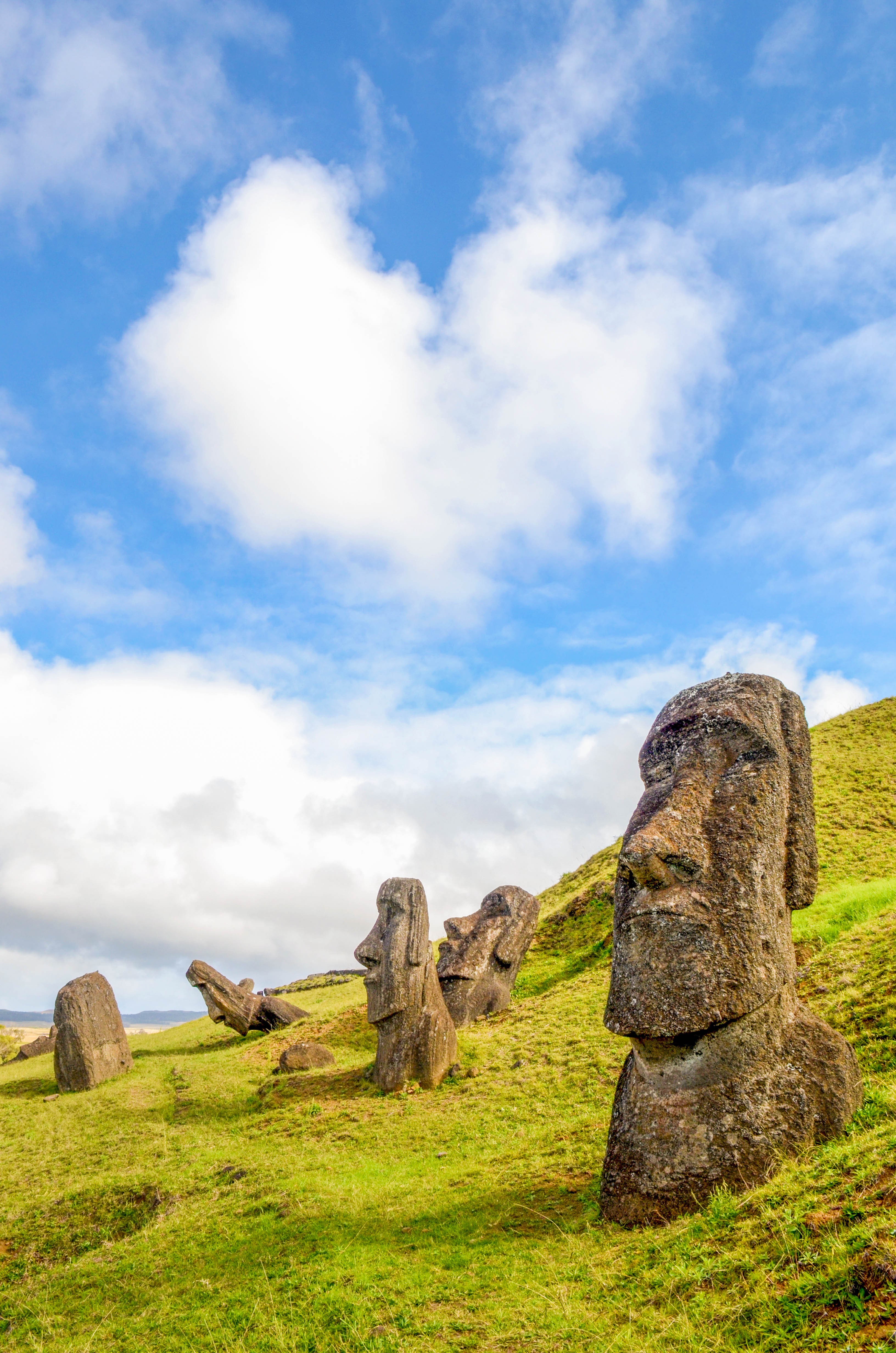 Most moai weigh 14 tons each 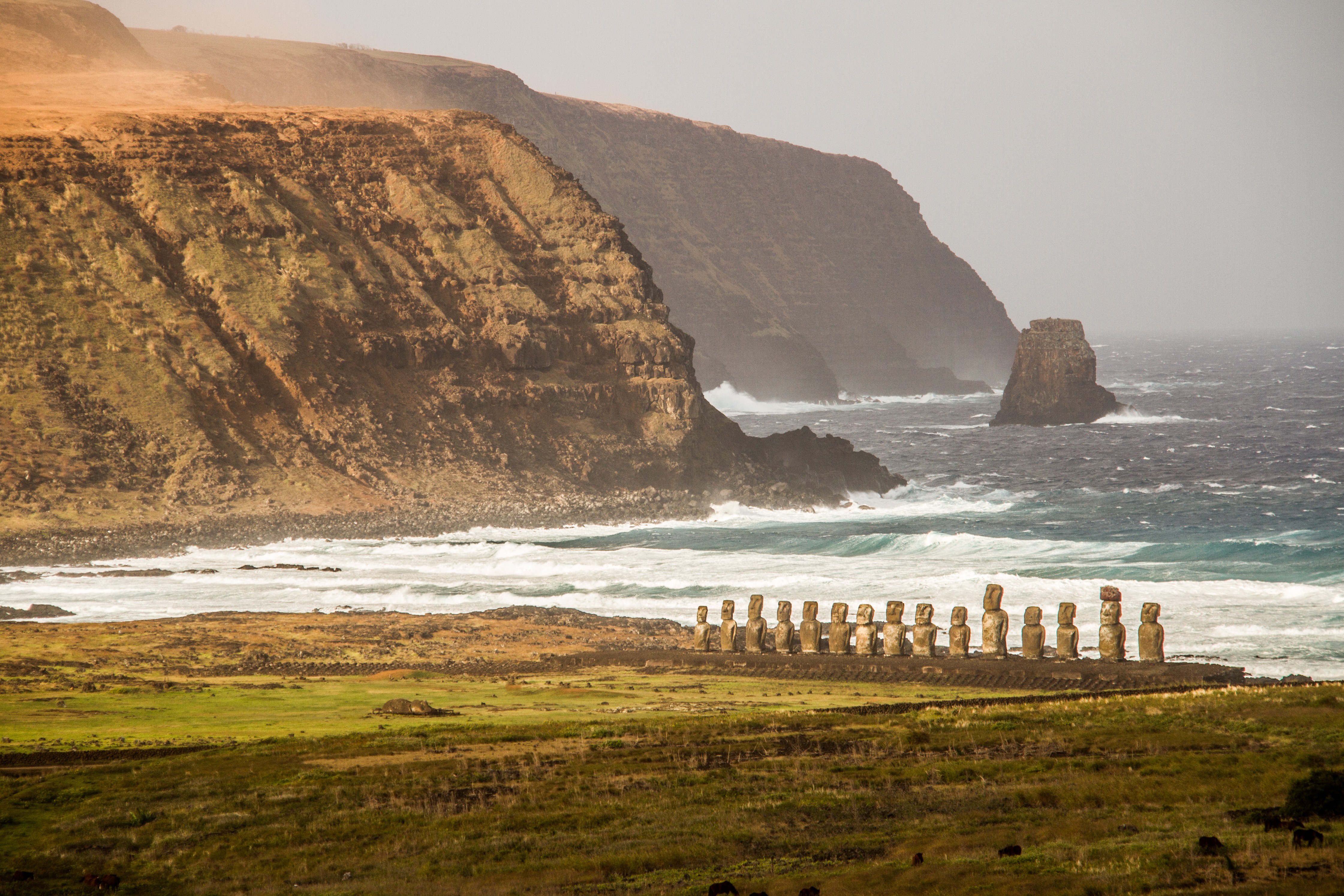 In the age of Google, Rapa Nui is a rare treasure trove of unanswered questions, a place where you can still let your imagination run wild. Thankfully, you don’t need the same wayfinding skills that the original settlers possessed to reach this far-flung island. Rapa Nui is home to the “most remote airport in the world,” and direct flights from Santiago, Chile, take about five hours.

The Rano Kau Volcano is one of three on the island
Ready to celebrate the re-opening of Easter Island?

Get in touch with an Origin travel curator to plan your next trip to the faraway island of Rapa Nui and experience the mystery without the crowds.

Jurriaan Teulings
Jurriaan dreamt of becoming an astronomer or a circus clown but got a law degree before settling on travel writing and photography instead. As such, he spent two decades spreading the gospel of Dutch stroopwafels across 100 countries, picking up awards of plexiglass, bronze, and beads along the way. Recently, he planted the first rainbow flag on the North Pole. Next stop: Antarctica.